A consultation has been launched on plans to make it an offence for people to swim in Gullet Quarry as part of efforts to save lives.

Under the proposed Public Space Protection Order (PSPO) police would be given the power to issue £100 Fixed Penalty Notices to anyone caught swimming in or entering the fenced area around the quarry. Drinking alcohol at the site would also be an offence. Those who do not pay face court action and a fine of up to £1,000.

There have been several deaths in the water over the years, the most recent being the loss of two lives in 2013. Despite this and attempts to promote the dangers of quarry swimming the public continue to ignore the warnings. During last summer’s heatwave 40 people were spoken to for being in the water in one incident alone.

It is already illegal to swim in the quarry or enter the fenced area under Malvern Hills Trust bylaws but these have proven difficult to enforce. It is hoped the new powers, if approved, would act as a greater deterrent.

Should the PSPO go-ahead then it will run for three years initially with an opportunity to extend it for another three years after that if necessary. People can take part in the consultation by visiting www.malvernhills.gov.uk/public-notices-consultations where further details can be found on the background to the consultation. Deadline for responses is 9th August.

Cllr Tom Wells, responsible for community safety on Malvern Hills District Council, said: “We believe introducing a PSPO would be a significant deterrent to stop people from swimming in the quarry and putting their lives at risk. It is really important the public let us know if they support this action,  or if they have any concerns, by taking part in the consultation.”

Duncan Bridges, CEO of Malvern Hills Trust, said: “We are pleased to be working with both Malvern Hills District Council and the Police on proposals for new powers to prevent death and injury at Gullet Quarry. Our primary concern is the safety of the public and we hope that these measures, in addition to our patrols, will help to keep visitors safe at this beauty spot.”

Inspector Tanya Beckett for the Malvern & Wychavon Safer Neighbourhood Teams said: “We are pleased to be working with the Malvern Hills Trust and Malvern Hills District Council during this public consultation to introduce the PSPO for Gullet Quarry.

"Tragically lives have been lost at this quarry in previous years and just this week another tragic loss has occurred in West Mercia – where a young 18-year-old man lost his life in Shavers End Quarry, in Stourport.

“We want to do all we can to avoid these devastating accidents that occur when people enter open water. As summer temperatures are set to soar, taking a cooling dip in water is an obvious temptation. Bodies of water may look appealing, or even safe in some cases, however strong currents, hazardous objects, and pollution mean they often hide much less obvious dangers.

“Even if you are a strong swimmer you are still susceptible to dangers. The best way to stay safe is to avoid swimming in open water and we hope that if the PSPO consultation is successful it will help to be a further deterrent to those tempted to swim in open water.” 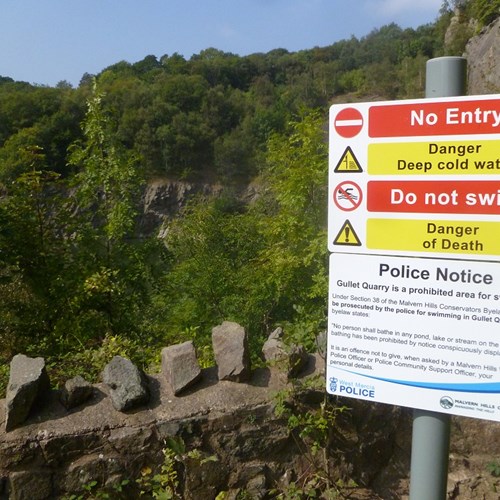 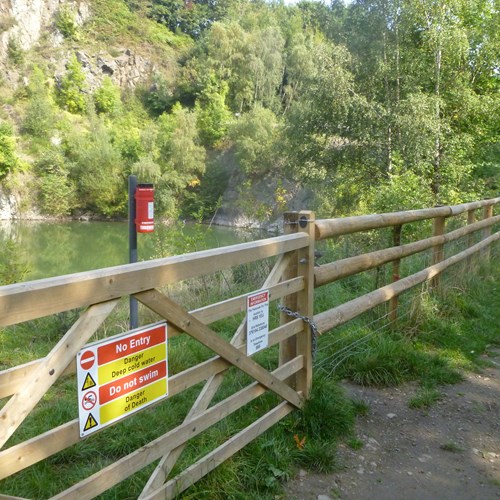