The Malvern Hills Trust is pleased to publish the responses to its recent public consultation.

The public were asked to have their say on proposals to update the Malvern Hills Acts over 6 weeks in the autumn of 2019 and the results demonstrate good public support for the majority of the Trust’s proposals.

In total, 467 members of the public responded to the questionnaire and the majority of respondents agreed with almost all of the proposals put forward to help the Trust care for the Malvern Hills and Commons in the 21st century.

Written responses were also received from key stakeholders and organisations whose comments could not be accommodated in the online questionnaire.

Proposals put forward as part of the consultation included reducing the size of the board, having additional powers to tackle land management issues and more options to fundraise.

John Raine, chair of Governance Committee said "The Charity Commission Scheme Working Group are extremely pleased with the response rate to our recent public consultation on the proposed reforms to the Trust's powers and governance arrangements.

“The series of public consultation events held in September were well attended and, since then, more than 470 people have expressed their views on our proposals through our on-line questionnaire survey - and with a very clear majority in support.

“We are very grateful to everyone for the time taken in giving feedback on what, by any standards, was a lengthy and complex consultation exercise.  In addition, a number of helpful further suggestions have also been made.”

Some of the proposals were put forward to bring the organisation in line with the Charity Governance Code.  One of the issues was the size of the board which currently has 29 members.

The proposal to reduce the size of the board was supported by 71% of the respondents.

A large majority of respondents (75%) supported the proposal for changing the voting process to a postal ballot, with an option for online voting.  The turnout for elections is relatively low (19.9% turnout for October 2019 elections) and it is hoped that changing the electoral arrangements would encourage more people to vote for candidates for the board.

There was a positive response to all the proposals relating to land management, including 77% support for allowing the Trust to use a limited amount of loose rock and spoil for path repair.

The Working Group has carefully read all the responses and, where appropriate, has made recommendations for changes to act as safeguards for many of the concerns raised in the comments, for example those relating to public access.

The report, with the Working Group’s recommendations, and the full responses can be found here.

Prof Raine added “The Governance Committee, and then the full Board, will be considering these positive consultation responses and Working Group recommendations with a view to making final decisions on the proposals in March".

The Governance Committee meeting is to be held on the 30th January 2020. 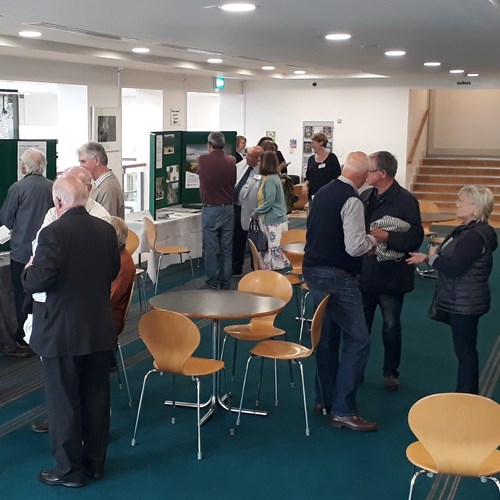