Volunteer litter pick is a success

Malvern Hills Trust were joined by 12 keen volunteers on Saturday morning for a spring litter pick in Malvern.

Eighteen bags of litter were collected from the verges along Townsend Way and from the Townsend Way Community Woodland.  Among the large numbers of cigarette butts, coffee cups and dog poo bags collected, the volunteers also picked up a set of car keys and half a £5 note.

Beck Baker, Community and Conservation Officer, said ‘We’d like to say a huge thank you to those who helped us clean up this green space and the quiet, little-known woodland on the edge of Malvern.’

‘Our volunteers have greatly improved this area for local residents, visitors and for those who work in the nearby retail park and other businesses, as well as for wildlife.’

The event was organised as part of the Great British Spring Clean campaign, led by the charity Keep Britain Tidy.

The Malvern Hills Trust care for the verge and the woodland opposite Morrison’s and the retail park. A number of other public events and guided walks on the Malvern Hills and Commons will take place throughout the year for those who’d like to find out more. 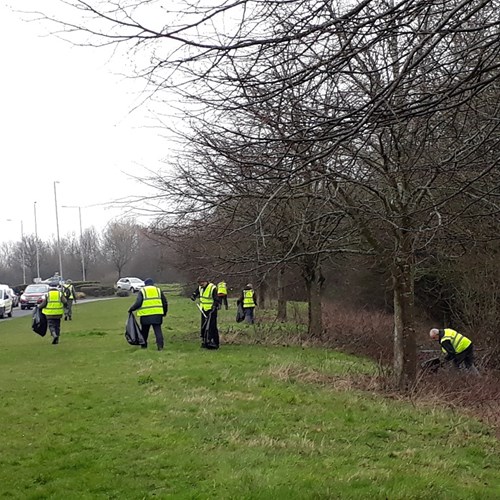