The good news is that the first Grayling butterfly emerged on the 23rd June this year, which is the earliest on record, and the population is the highest for several years.  Perhaps this year will be the turning point for this very rare species.

West Midlands Butterfly Conservation (WMBC) has joined forces with the Malvern Hills Trust (MHT) in an effort to save Worcestershire's rarest butterfly.  During last winter WMBC organised 365 volunteer hours of work while MHT contributed even more volunteer days to improve the habitat particularly around North Hill where the remaining populations survive.

Mel Mason from WMBC who helped to organise the work said, "The Grayling butterfly has been recorded along the eastern slopes of the Malvern Hills since at least 1853 and once occurred along the full length of the Hills.  Its range has declined dramatically in recent years and it is struggling to survive.

The butterfly needs bare rocks open to the sun around which they fly during a few short weeks in July and lay their eggs on short tufts of fine grasses.  Unfortunately, many of these favoured areas are becoming smothered by encroaching gorse, broom and bramble which is bad news for the butterfly."

Mark Roberts, Deputy Conservation Officer for MHT said "Large areas of scrub have been removed from the rocky outcrops that are essential for the Grayling's survival.  Re-establishing more open grassland on the higher slopes with a mix of trees and scrub on the lower slopes encourages the greatest diversity of wildlife for everyone to enjoy."

If you want to find out more about the Grayling butterfly and the work of the volunteers, three walks are being held during July 2017.

Spaces are still available on the MHT Grayling walk on the 15th July, led by Mel Mason.
For more information on the two other walks or to get involved with future Grayling conservation work, please contact Mel Mason malverngrayling@btinternet.com. 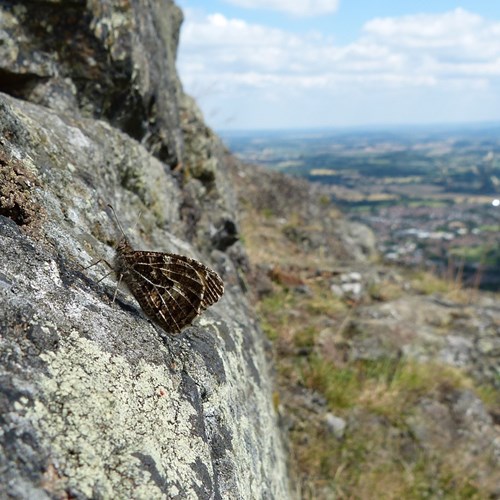 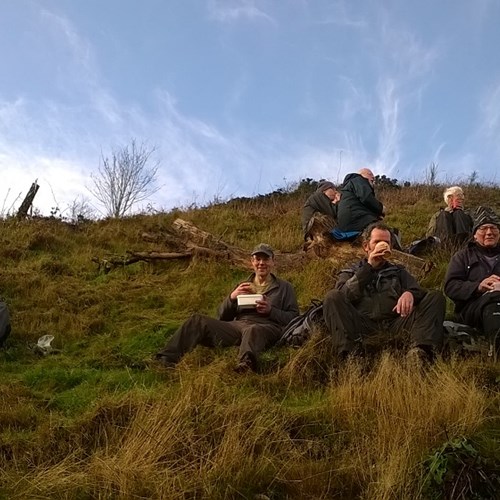