Alongside our usual bracken rolling programme, a new team has joined us this summer.  Crunchie and his two cobs, Teasel and Twinkletoes, have been working on the slopes of Swinyard Hill to crush the dense stands of bracken.

Bracken is a fern which grows vigorously across the country, including here on the Malvern Hills.  Although scattered patches can provide a habitat for some small mammals, birds and reptiles, without management it can take over other habitats.  Rolling the bracken damages it and causes the plant releases a chemical to protect itself.  Frequent crushing or damage over time gradually weakens the bracken, breaks up the dense stands and provides space and light for other species to grow.

This amazing horse-drawn team has a lower environmental impact than fuel-powered methods and also has a lighter footprint on the ground.  They can also reach areas where the tractor can't, for example steeper slopes or wetter ground.

The grasslands on the upper slopes of the hills and the species-rich hay meadows on the lower commons are at risk of being lost if bracken isn't managed.  Bracken control is part of the wider land management works we carry out to conserve the rare and scarce habitats and species found on the Malvern Hills and commons.  You may see the distinctive stripes up and down the hillsides as signs of bracken rolling in other areas on this landscape. 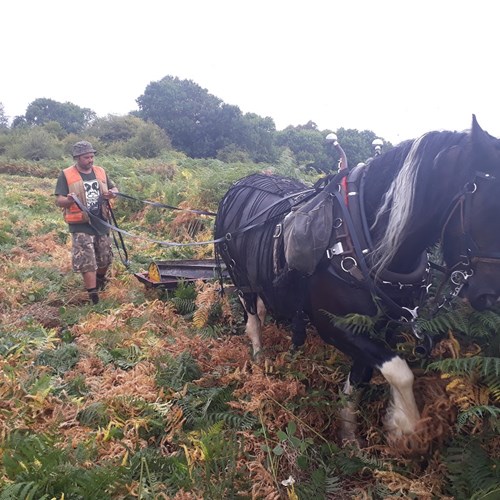 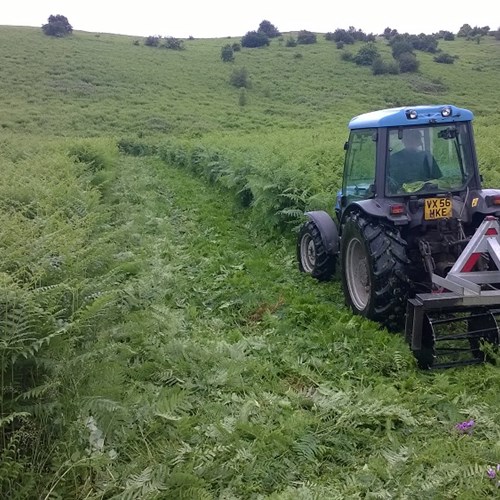 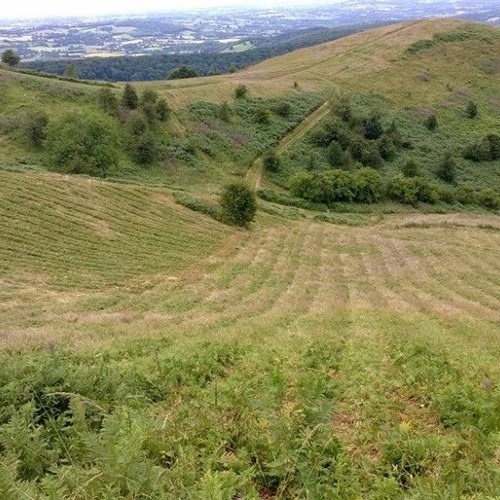