Essential repairs have been made to the Guarlford Road trough following damage caused by ground subsidence.

Old structural cracks within the trough and its supporting plinths had opened up as a result of the subsidence, putting the trough at risk of collapse.  A new, secure base has been constructed alongside the trough’s previous position at the junction of Guarlford Road and Hall Green and a careful restoration is complete.

Duncan Bridges, CEO, said “This trough is part of Malvern’s rich water heritage and will now be part of this area’s local history for years to come.”

This is not the first time the trough has been moved.  It was erected in 1901 next to the Barnards Green roundabout by the Malvern Society for the Prevention of Cruelty to Animals in to commemorate the large number of horses killed in the Boer War in South Africa.

Animals grazing the common land often gathered around the trough and blocked the road. In 1950, a year after the bus stop was constructed, the trough was moved near to the junction with Hall Green to avoid further traffic problems.

The work was undertaken by the Heritage Stone Access who have expertise and skills in conserving and repairing heritage features and buildings.

Funding support for the works was greatly assisted by a grant from the Malvern Spa Association, along with other legacy funding. 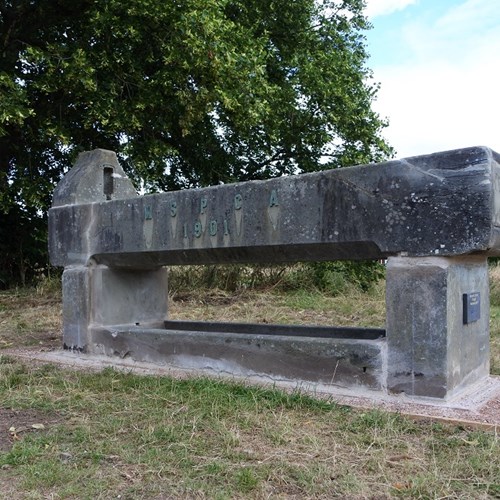