It's Insect Week so we'd like to introduce you to a tiny insect that has been brought in to tackle a big problem in some of Malvern’s ponds.

Weevils have been released into two ponds near Guarlford Road to eat Water Fern Azolla filiculoides, an invasive plant native to North America.

This quick-growing aquatic weed out-competes native plant species and forms a dense green and red mat over the surface of the water up to 30cm thick.  This blocks out light, reduces water temperature and soaks up oxygen which has a negative impact on native wildlife by stopping water plants from photosynthesising and amphibians from reaching the pond surface.

The Water Fern can spread both by spores and from plant fragments that can be carried between ponds on footwear or on dog’s fur.

Research by the Centre for Agriculture and Bioscience International shows that the best way to tackle this invasive plant is by introducing a certain weevil which consumes only Water Fern and then dies out.

Andy Pearce, Conservation Officer said “We hope the weevils will reduce or eradicate the dense mats of Water Fern in the ponds. Water Fern spreads very easily and we ask that you clean your boots after walking near ponds and stop your dogs from entering the water to avoid the spread of this aquatic weed.”

In another ponds, where weevils have been previously released, they are successfully continuing to reduce the dense carpets of weed several years later.

Alternative control methods for the Water Fern are to physically remove the plant which can often leave fragments that reproduce and grow again into a dense mat, or chemical control which also kills native plant and animal species.

The Water Fern was first observed in the wild in 1886 but only in the last 20 years has become a significant problem as it evolved to withstand the cooler British climate. The UK Non-Native Species Secretariat (NNSS) lists this species as of high risk to aquatic ecosystems. A data sheet with further information is available from NNSS.

Malvern Hills Trust cares for over thirty ponds across the Hills and Commons, working toward their favourable condition for people and wildlife. 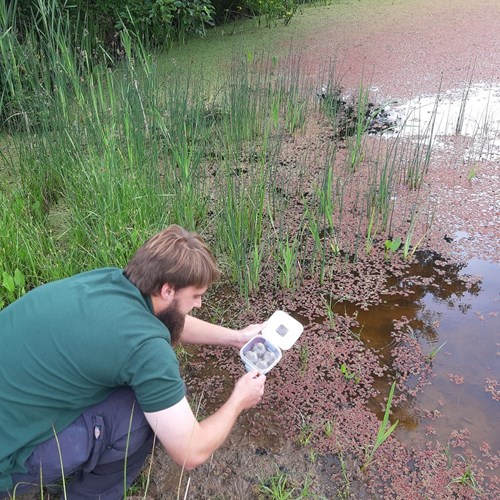 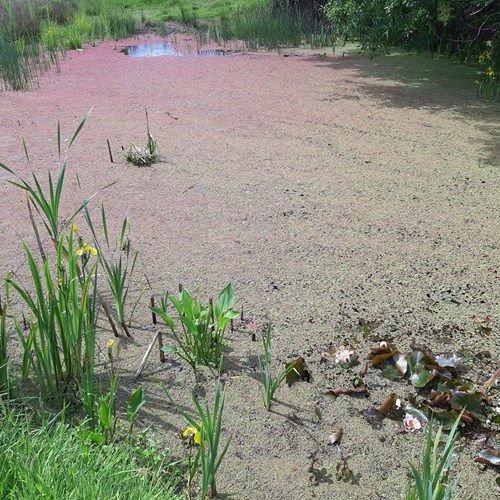