Visitors urged to help reduce erosion on the Hills

The Malvern Hills and Commons have seen more visitors in the last two years than ever before.  During the pandemic people flocked to the countryside to exercise, socialise and benefit from being in the great outdoors.

With more visitors to this special place, paths have become more eroded and some of the precious grasslands have been damaged by trampling.

In some areas, particularly on the ridgeline, paths have doubled in width from 2 metres to 4 metres as a result of social distancing and increased numbers of visitors.

Beck Baker, Community and Conservation Officer said “The Hills and Commons have been such an important part of people’s lives during this difficult time and it’s fantastic to see more people connecting with nature.

“However, all of us have an impact on this sensitive landscape and we’re encouraging people to stick to the paths and avoid walking or cycling on the areas either side of the paths to protect them from further damage.”

Beck added “The thin soils here are easily washed away once the vegetation has been lost.  This leaves a loose, rocky surface that’s difficult to walk on.  It will take time for these areas to recover and we’re asking people to respect these areas so that our wildlife and landscape is there for the next visitors.”

The Trust will be repairing badly eroded areas and erecting temporary fencing in some areas along path edges to allow the vegetation time to recover.

“We all have a part to play in caring for this sensitive landscape that’s so special to so many people.”

The first part of the Trust’s work will focus on areas near to Beacon Road, a popular route for visitors on the northern Hills. 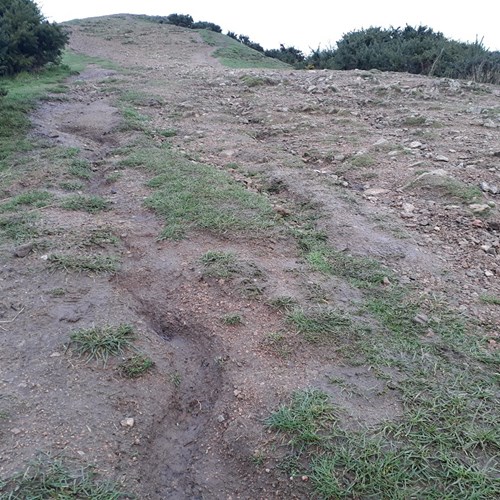 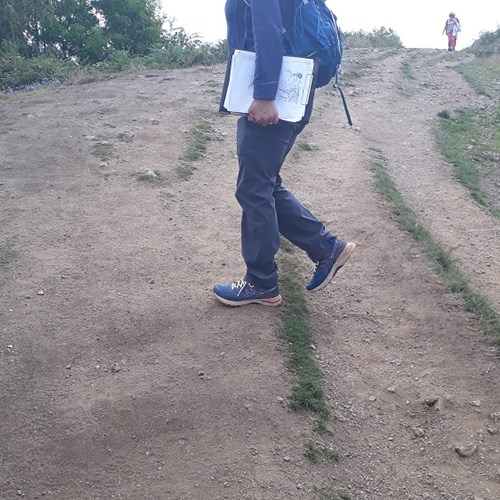 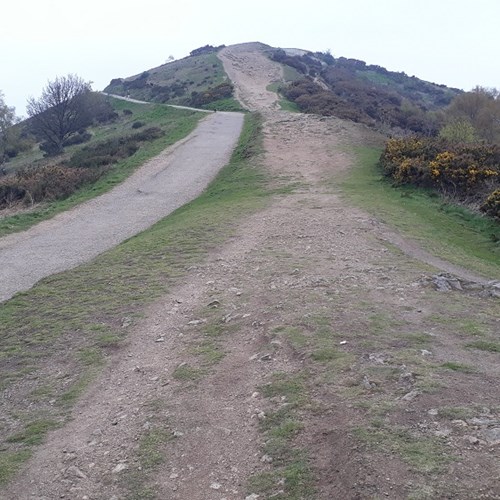