A sheep has been killed and another injured by dogs on the Malvern Hills this weekend.

On Saturday, a sheep was chased off the Hills and over the West Malvern Road suffering bite injuries to its legs and tail.  The following day, a sheep attacked by a dog was reported near to St Ann’s Well but was dead by the time the grazier arrived.

The second sheep also suffered bite injuries but is suspected to have died of a heart attack from stress or fear as a result of being chased.

The Malvern Hills Trust, who own and care for the Hills, are urging visitors to the Hills to take extra care over the summer holiday to stop these distressing attacks from happening.

Beck Baker, Community and Conservation Officer, said ‘We’re saddened that these horrific attacks are still taking place on the Malvern Hills.  They are completely avoidable if people simply put their pets on a lead when walking near livestock.

‘Sheep worrying, which includes chasing, is a criminal offence and this weekend’s events prove why, demonstrating that a dog’s bite isn’t the only thing that will kill a sheep.’

Dog attacks on sheep are reported to the Police and the Trust ask other visitors to report incidents they witness on the Hills by calling 101.

The Trust is hoping to raise awareness of the serious nature of these types of livestock incidents.

Grazing is an essential part of the management of the Hills and Commons to conserve the rare open habitats, archaeology and views.

To help visitors be prepared, the Trust publishes Stockwatch, a weekly update with the locations of cattle and sheep grazing on the Malvern Hills and surrounding commons where dogs should be on a lead.  Stockwatch is published on the Trust’s website, social media and in the Malvern Gazette each week.

Beck added ‘This weekend’s incidents follow on from similar events on the 11th July when a sheep was killed by the driver of a large silver Audi who also failed to stop, and on Wednesday 17th July where a sheep was chased by a dog off the hillside into the town of Great Malvern.’ 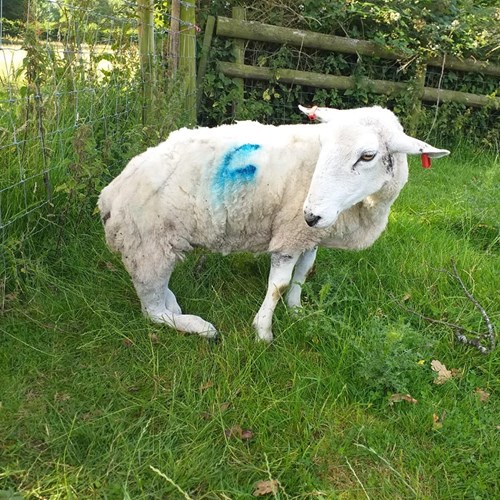