The Malvern Hills Trust are asking dog owners to take extra care as sheep return to graze British Camp.  The sheep are an important part of the management to conserve the rare grassland habitats and the iconic ancient monument that can be found here.

British Camp is one of the most popular places for visitors on the Hills and during this time, the Malvern Hills Trust are asking those with dogs take extra care if walking on this part of the Hills. The ewes on British Camp are pregnant and due to lamb in the spring.  Sheep worrying (including chasing) is a criminal offence and could also cause sheep to abort their lambs.

Signage has been placed around British Camp and the car park to remind visitors that sheep are grazing in the area.  The Trust is asking all dog owners to keep their dogs on a lead to remove the risk of livestock worrying to keep sheep safe and minimise distress.

If members of the public do witness a dog worrying livestock, the Trust are asking people please contact the police (101) in the first instance to report the incident.  They are also asking witnesses to call the Trust on 01684 892002 so the grazier can be contacted and locate any injured sheep so the animal can receive treatment as quickly as possible.

Much of the Hills and Commons are registered Common Land and the grazing of sheep and cattle has been carried out here for centuries.  The almost continuous presence of livestock on the Malvern Hills has resulted in the habitats and wildlife seen today.

Sheep grazing on British Camp will help to stop the invasion of scrub and trees onto the Iron Age hill fort by eating new growth. The flock will be within a temporary electric-fenced enclosure to concentrate their efforts on the archaeological monument.

Without this traditional management of grazing livestock, trees and scrub would cover the hill fort making it impossible for visitors to see and making access very difficult too.  The roots of the invading vegetation would also damage the 2000 year old archaeology beneath the soil. 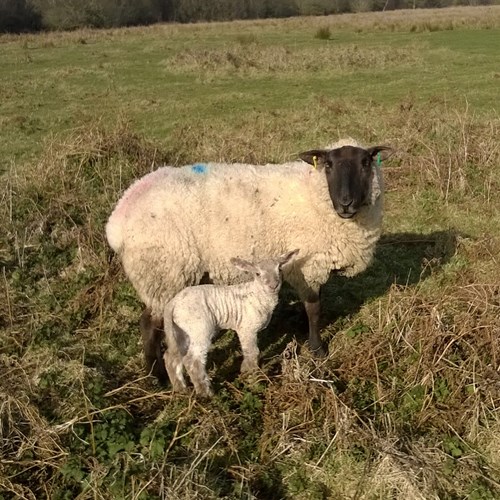