Plum orchard brought back to life

A redundant plum orchard has been brought back to life through the planting of 10 new trees.

Volunteers from the Colwall Orchard Group joined the Malvern Hills Trust to plant plum trees in the orchard near St Andrew’s Road to replace those lost over the years.

Local varieties including Pershore Purple and Evesham Wonder have been planted to support the rich heritage of traditional orchards in the three counties of Worcestershire, Herefordshire and Gloucestershire.

Beck Baker, Community and Conservation Officer said “We’re delighted that this orchard will benefit from restoration where there were only a small number of old plum trees left standing. The traditional orchard is a special and locally important habitat but sadly more than 80% of the traditional orchards in the three counties have been lost.”

“Thanks to Colwall Orchard Group volunteers and the Forestry Commission, we have been able to restore this habitat for local wildlife and people.”

The planting is part of a larger planting project supported by the Forestry Commission’s Urban Tree Challenge Fund.  Further tree planting will take place along Poolbrook Road and at Sherrards Green to bring the benefits of trees in the urban landscape to these parts of Malvern.

Colwall Orchard Group Trustee, Wendy Thompson said "It was wonderful to be involved in restoring this hidden gem of an orchard which also provided a great training opportunity in tree planting for some of our new members and volunteers."

The orchard has also been given the name Polly’s Orchard.  Mary “Polly” Cartland lived nearby at Littlewood House, Poolbrook Road.  Polly, mother of novelist Barbara Cartland, was known to host picnics for the brownies and guides in her garden, spent time walking on Malvern Common and was heavily involved in the local community.

The orchard is open to the public to explore and fruit will be free for the local community to collect and eat. 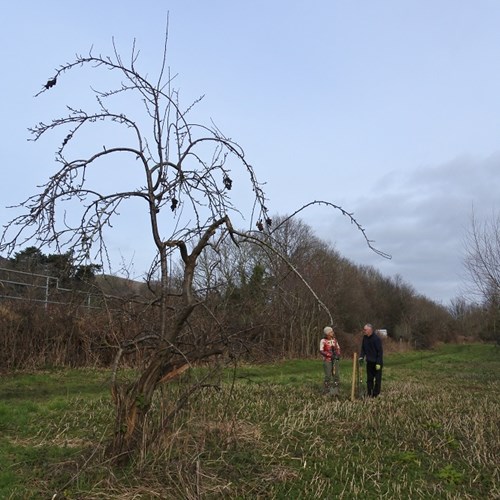 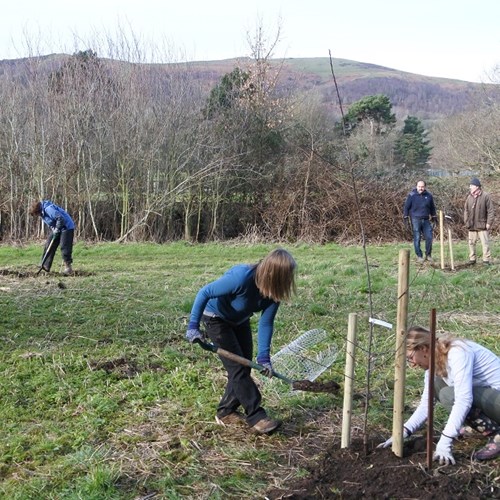